As parents, we have an important role in determining our children’s eating habits. Parents sometimes have less support than our parents had one or two generations ago. Families were more likely to live locally, providing support, but now we increasingly live in different cities, and both parents are more likely to work.

Having a child who is a fussy eater can be very stressful for parents, leading to a cycle of worry and risking an unhealthy eating environment for their child. Fussy eating is a result of both environmental factors and genetic factors (research from University College London published in the Journal of Child Psychology and Psychiatry, 2016) but parents should be reassured that fussy eating behaviour can be changed.

The most important thing to do as a parent is to make mealtimes organised and consistent, introducing new foods during snack times and not during the three main meals. Try placing the food in front of your child and allow them to play with it, touch it, smell it and praise them if they do so. Try to remain calm as children can picky up on anxiety. Research has shown that while “many children (56%) were considered to be choosy at 15 months, of these 17% went on to be very picky at 3 years if the mother was not worried, compared with 50% if the mother was very worried by the choosiness” (research from Bristol Medical School published in Appetite, 2019). 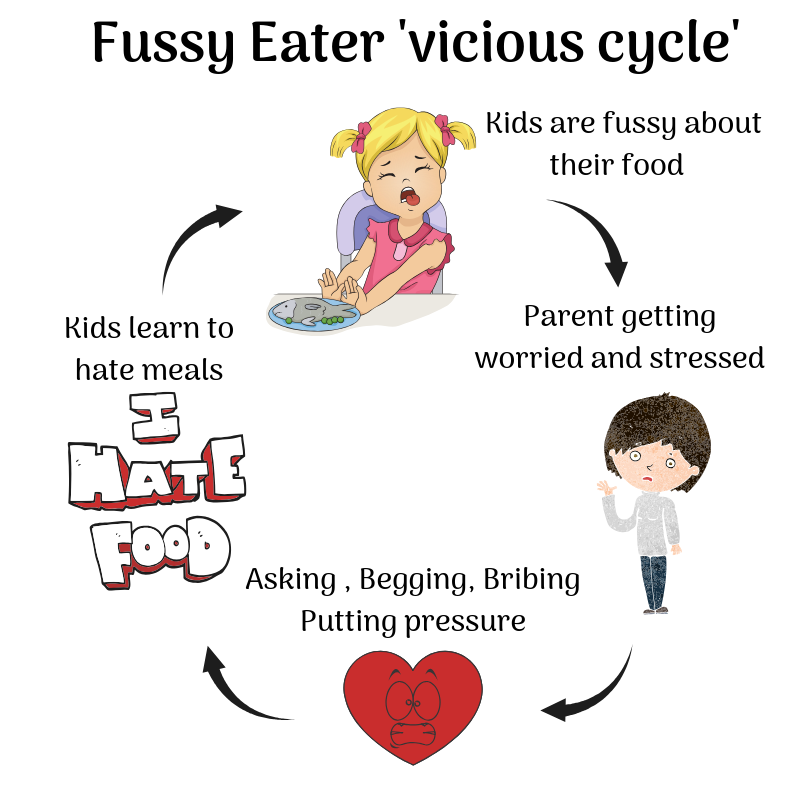 Parents should also be aware that fussy or picky eating to a normal extent is natural, it's in our DNA to question food as children have the instinct to protect themselves from something that’s foreign to them.

We understand at Nuki how stressful this can be, and we want to help parents throughout this journey, coaching you how to deal with these issues.

Fussy eating is only problematic if you suspect your child is underweight or not getting enough nutrients - NuKi will help you keep track of food intake, growth charts and our specialised dietitians will put all those pieces together so you can KEEP CALM and FEED ON :)